"GOING SOLO TURNS OUT TO BE A FAMILY AFFAIR"

After a tentative start with Red West & Hot Rhythm 2009, and the debut album of the same name, things started to fall into place in the spring of 2010 when the pianist returned to jazz (didn't fit in) and left was the saxophonist who only remained part of the band sporadically. Still standing was the core: Tommy (drums), Roine (stand up bass) and Jorgen (vocals / guitar). Added to the band was Thommy Borssén (piano) who also played piano on all The Buckshots albums.

The band started out with second place in the competition Svensktoppen Nästa 2010 followed by a hectic period with concerts on small and large stages, partly documented on the CD "Live at Be-Bop-A-Lula" and followed by a double CD "Go West"" where even Jorgens wife - Marie "Mary West" is now included. The double CD consisted of 36 favorite and abscure songs from the 50's where Mary sings 18 and Red (Jorgen) 18. The first edition printed and sold out quickly. The hectic schedule takes its toll on the bassist Roine who have problems with his heart in the autumn of 2012 and the band was forced to a stop. During a party at a friend Jorgen meets stand up bassplayer Henrik who enters the stage with Red for the first time in February 2013 and stage performances resumed. A new 24 track album called "Good As Gold" is recorded and similar to the debut album, it only consists of original material by Jorgen. Previous bassist Roine is now included as a photographer and takes all the pictures to the album cover and live performances.

At the same time Jorgen gets a phone call from his old friend Morten, head honcho of the Norwegian band The Yum Yums and an presents an offer to revive Psychotic Youth for a tour with the American artist Kurt Baker. Jorgen is flattered and asks the old members but only the guitarist Ulf shows interest, so Psychotic Youth is lacking a drummer and bassplayer. Jorgen turns to his rockabilly mates in Hot Rhythm where old bassist Roine (now a photographer) and drummer Tommy gladly accepts as they grew up with Psychotic Youth's music, which is evident at the first rehearsal as they already know all the songs! Stage debut for the new edition of Psychotic Youth premieres in April 2015 (that evening to honor also includes Gunnar Frick from the original edition 1986 on organ).

Jorgen alternate between Red West& Hot Rhythm and Psychotic Youth throu the winter of 2015 and end the winter with a Japan tour for Psychotic Youth in February 2016, followed by haedlining a festival with both Psychotic Youth and Red West & Hot Rhythm - something no other band has done before. This is followed by a number of tours in Spain and Germany. In January 2017 their first album in 18 years is released and "The Voice of Summer" gets nice reviews all over. Co-tours with Kurt Baker Combo, Paul Collins, Duncan Reid, Yum Yums follows. But once again the trouble rises on the horizon as the drummer announces he's moving away and leaving the band as well as the bassplayer who returns to photography. 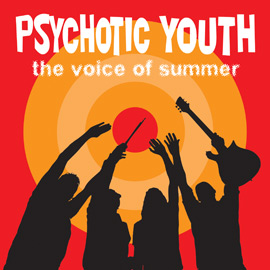 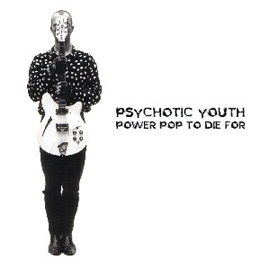 Psychotic Youth live in Gothenburg May 2018

Psychotic Youth live in Malmoe May 2018

A Cadillac For Christmas video 2015